A downloadable narrative game for Windows, macOS, and Linux

Seers Isle is an interactive graphic novel for PC, Mac & Linux, in English and in French.

It’s a narrative game, set in a fantasy version of medieval northern Europe, where your choices impact the fate of a group of characters.

A group of shaman apprentices set foot on the shores of a sacred island to be initiated to magic. As they progress through the wilderness, looking for the “Seers”, their spirit-guides, they realize they’re not alone.
Who is this strange horned woman they are seeing in their dreams?

In order to download this narrative game you must purchase it at or above the minimum price of $13.99 USD. Your purchase comes with a Steam key. You will get access to the following files:

is there a F/F romance option? Or only hetero

I'm having issues with the Linux version. The game doesn't launch on the Itch.io app or when downloaded manually. I tried running through terminal and it doesn't give an error, it just doesn't do anything. Like it is trying to launch but won't. The message I get when launching through the app is

No Messages for standard error"

I played the game back when I was on Mesa 18.3.3 and Kernel 4.20.11-1-MANJARO so maybe some change from then to now in the kernel or drivers caused this.

sorry for the late reply. Our latest patch, "v2.0.0", should improve  Linux compatibility greatly. I hope that upgrading the game will solve your issue!

Have a great day,

It certainly has. I just tested version 2.0.0  and the game launches without issue.  Thank you for the effort !

Glad to read this! Thanks for the feedback. ~Geoffroy.

I bought this game a few months back on steam, and I love the artwork! Unfortunately, I discovered that the route I was pursuing did not have a good ending, which disappointed me a little, and I wish I knew it before buying the game since I have a really hard time with bad endings. Nonetheless, I think the game itself is built beautifully and as I said, the art is so pretty and unique. I will still continue to play this game though, even if it's just for the amazing art.

Such a beautiful game. Unfortunate there's no happy ending unless you're into girls-love. I cannot recommend this game to anyone that likes a meaningful visual novel with the satisfaction of a happy ending for the character you decide to romance.

Thank you SO much for this warning. I would've been incredibly upset to find this out the hard way.

Thank you! I'm not buying if there isn't a possibility at a happy ending.

Hello. Very interested in this work. But I have very poor knowledge of English. I would like that the author added a pottage of the Russian language. I will be very grateful.

Your game looks really beautiful and sounds very fascinating. Does it run on Win Vista? I ask because Along the Edge didn't (at least for me).

We support only Windows 7 and later.

I really did love this game and I couldn't help but feel a sorrow whatever ending I got because of how beautifully tragic it is. I really love the music for the main menu too and I'm wondering if you'd ever do a soundtrack download?

Actually, chances are that Seers Isle OST is already available on the streaming platform of your choice. You can also buy a copy of the digital album from Bandcamp. Here's a handy link that will lead you to the album page on the most popular streaming services:

Just found it on Bandcamp: https://nova-box.bandcamp.com/album/seers-isle-original-soundtrack

Thanks for releasing it DRM-free (and the game too!).

We totally align with DRM-Free philosophy and we keep itch.io close to our heart, so it was really a no brainer.

Do we play as several characters or just the horned lady? And does this game have more of a romance focus that ATE?

Both! The focus changes from a group narrative to the "horned lady" about halfway into the game.

And once again, this game is quite light on the romance (maybe even lighter than Along the Edge).

Thanks for your interest!

Just have a minor question. Will you also be releasing this game on steam?

Yes, the game will also be released on Steam.

thank you for the confirmation!

Want to buy it now!

It's so hard waiting T_T

We're quite eager to release it too ! :)

Still a lot of work to be done though before it's ready.

this looks really good! Can't wait to get it

Thanks for your enthusiasm! <3

Along the Edge was awesomely good  ^__^

Thanks for your enthusiasm :)

We've been thinking about doing an artbook for a while, but it's a lot of work if you want to do it right. It's not in our list of priorities right now, but it's something we might consider doing at some point, in the future. Meanwhile, if you're interested in our work in its physical form, we have a couple of art prints available on Society 6 ;) : https://society6.com/novabox 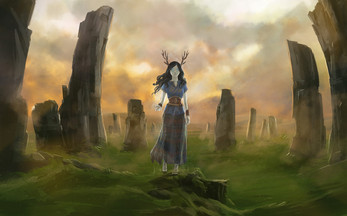 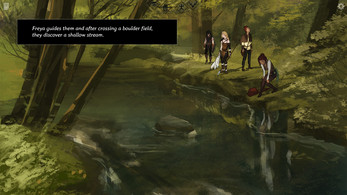 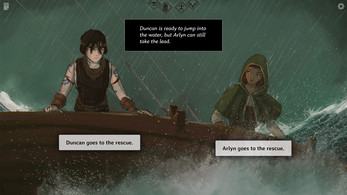 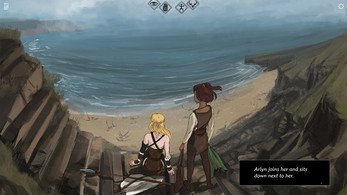 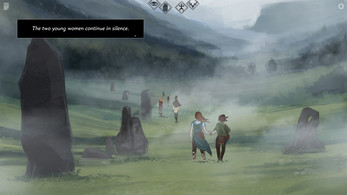 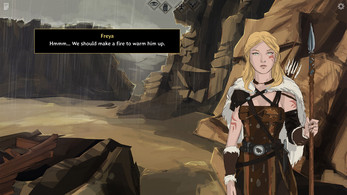 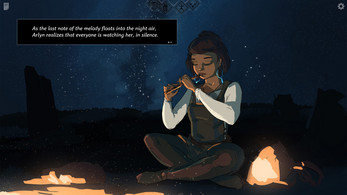 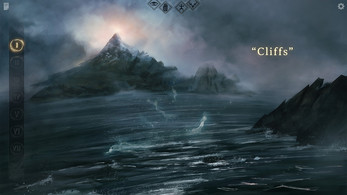 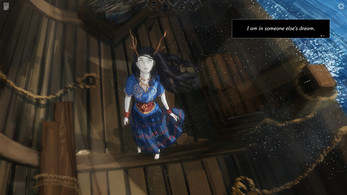