It's summer but we're still working hard to meet our "summer 2018" release date.

The good news is, we should make it, just in time for the autumn equinox.

What have we been up to?

We're finally entering the "polishing" phase of development. The game has been fully playable for a while now, from start to finish, including all the endings (there will be eight of them, we can now say for sure), and each new internal beta version brings its share of improvements on all fronts.

Under the hood, Raph has been doing some debugging and optimization. We finally have a working save feature again! Camille and Julien have mixed and integrated all the music and sound effects and we're pretty excited about how it sounds (if you asked me, I would tell you that it sounds fantastic, but I'm probably biased).

There's still a lot of work to do on the art side, but we're getting there. Esther, who did an internship on the game this winter, has come back this month (remember the banquet scene from Freya's backstory?).

Also, Nico decided we will bring back chapter headings (like we had in Along the Edge). Here's a screenshot of the heading for the first chapter: 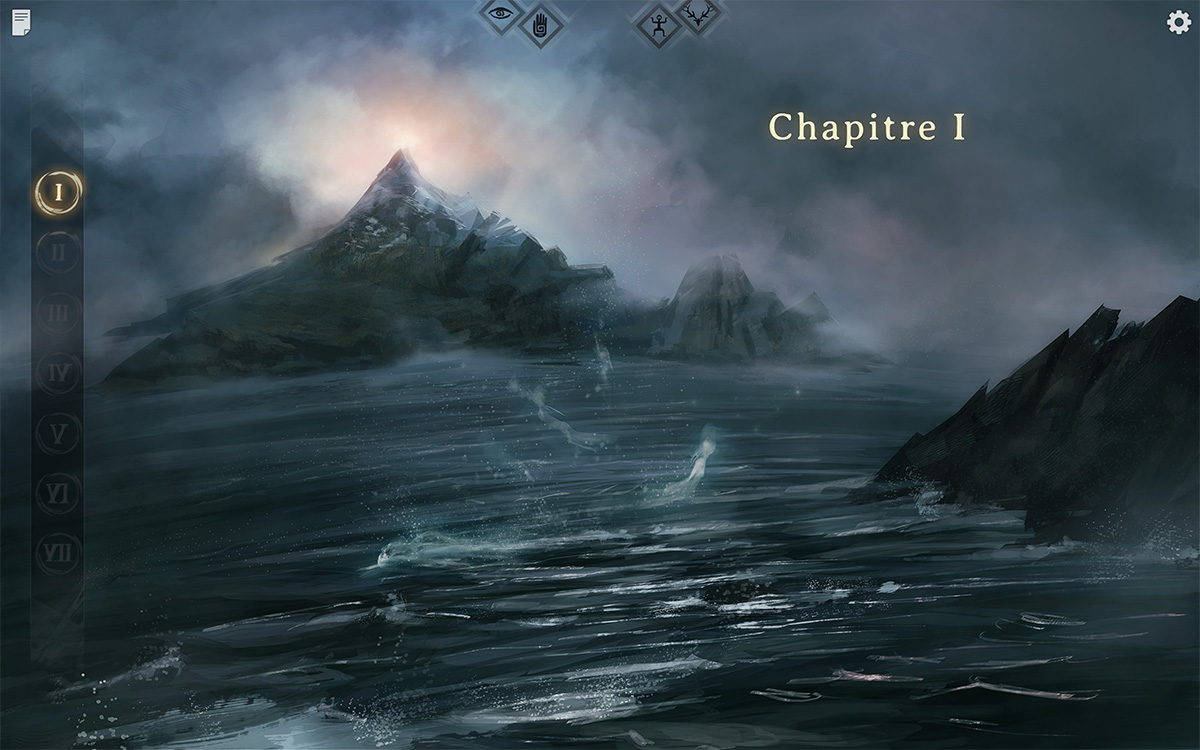 First, it allows us to have highly conceptual images in the game that wouldn't fit into the flow of the narrative, like the panoramic view of the island depicted here above. There will be some weird stuff too, such as Rowan holding a human-sized hourglass with another Rowan, or our main cast having their faces hidden behind wooden masks.

This allows me to jump to the second point: it's great marketing material. Brace yourselves, because it's safe to say that these images will pop up on our social accounts between now and release day.

And thirdly, it allows us to show to you how far you are into the story. When you're reading a book, it's easy to grasp if you're getting dangerously near to the epilogue by checking how close to the back cover your bookmark is (it always happens too fast, especially with good books).

Pages don't make a lot of sense in an interactive graphic novel, so we're showing the total number of chapters on the image (and the current one is lit up).

We also noticed that splicing the story into roughly equal sub-parts helped YouTubers and Twitchers have natural endpoints to split their videos, or their broadcasts, into episodes.

Fun fact: there are about 7500 lines of text and dialogue in Seers Isle. Each of these lines translates into a "bubble" onscreen (to borrow from comic books lingo), shown one after another during your playthrough.

And, well, each and every one of these bubbles has been carefully placed on the screen by yours truly, over the course of this month (I must tell you, I'm not disappointed to be done with it).

I had to take into account 16/10 and 16/9 aspect ratios for monitors, and two sizes of text (we have a "large text" feature in the options for visually impaired people). 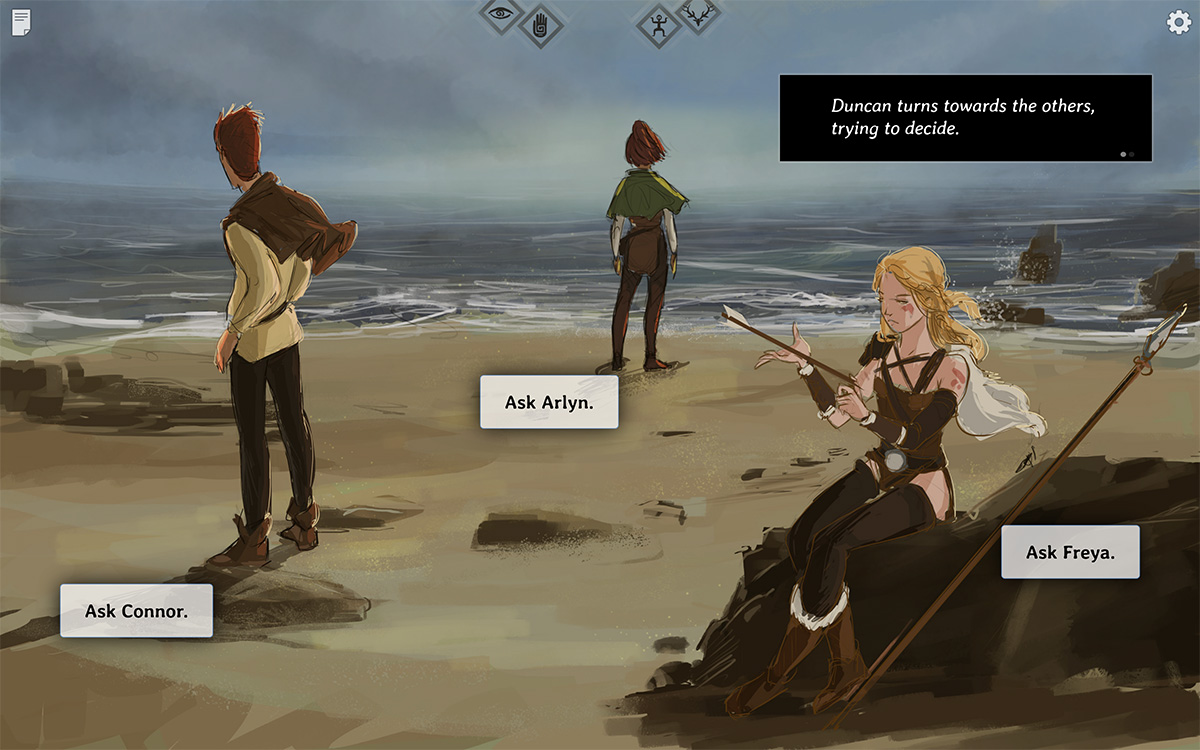 "Why not automate that?" you may ask. Well, placing the text on screen is a great storytelling tool. Letterers in comic books have known that for a while, but we've been rediscovering and adapting this tool to our medium.

It enables us to make the readers to look at different parts of the image, to make them slow down (in order to track the next bubble), or read faster (if they want to), and even to help emphasize some emotions.

If you're wondering how I work, here's a screenshot of my computer screen on a regular day: 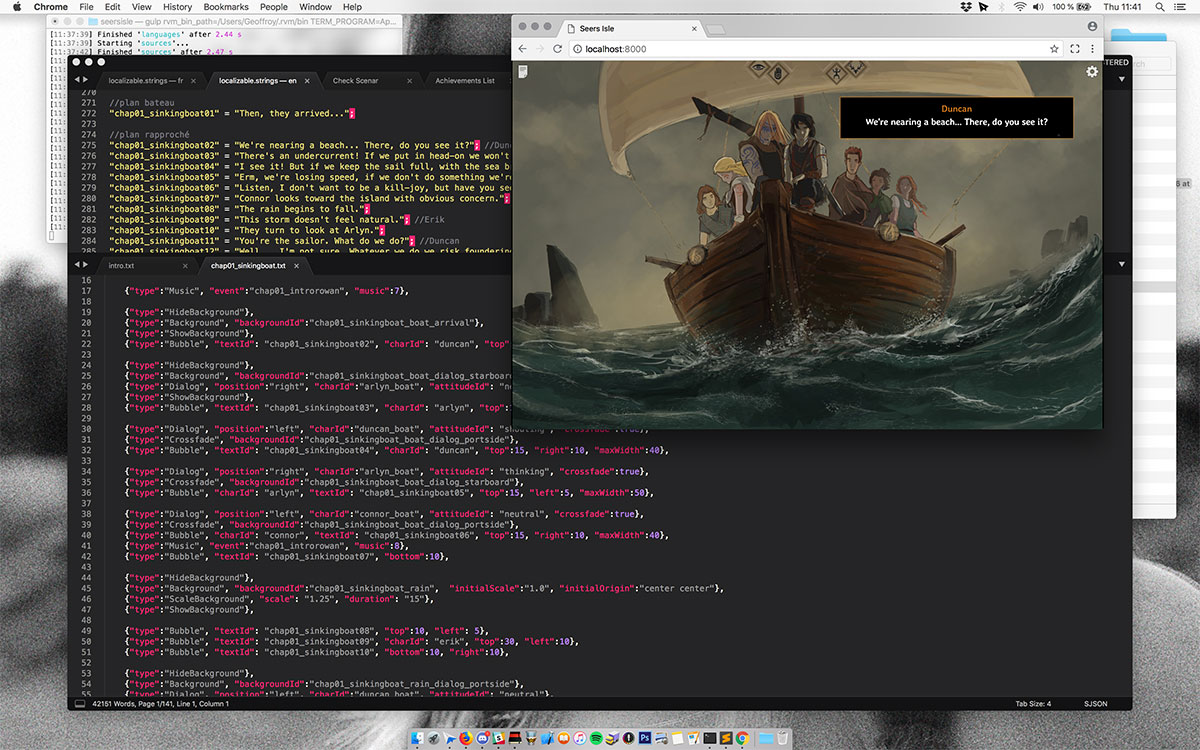 In yellow, in the text editor, there's the "localizable" file with all the texts in the game (we have one for each language). Below, in hues of red and grey, there's the script file I'm currently working on.

To properly round off this month's newsletter (it's becoming kind of a tradition, isn't it?), here's a couple of new images from Seers Isle: 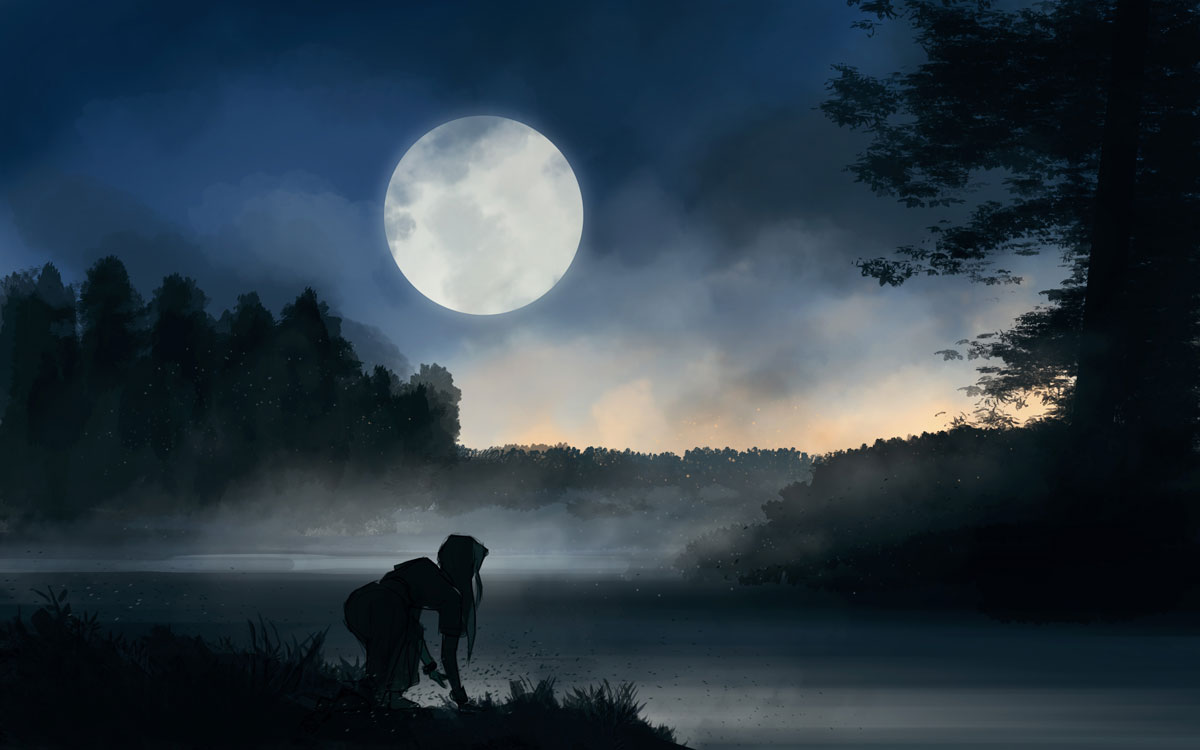 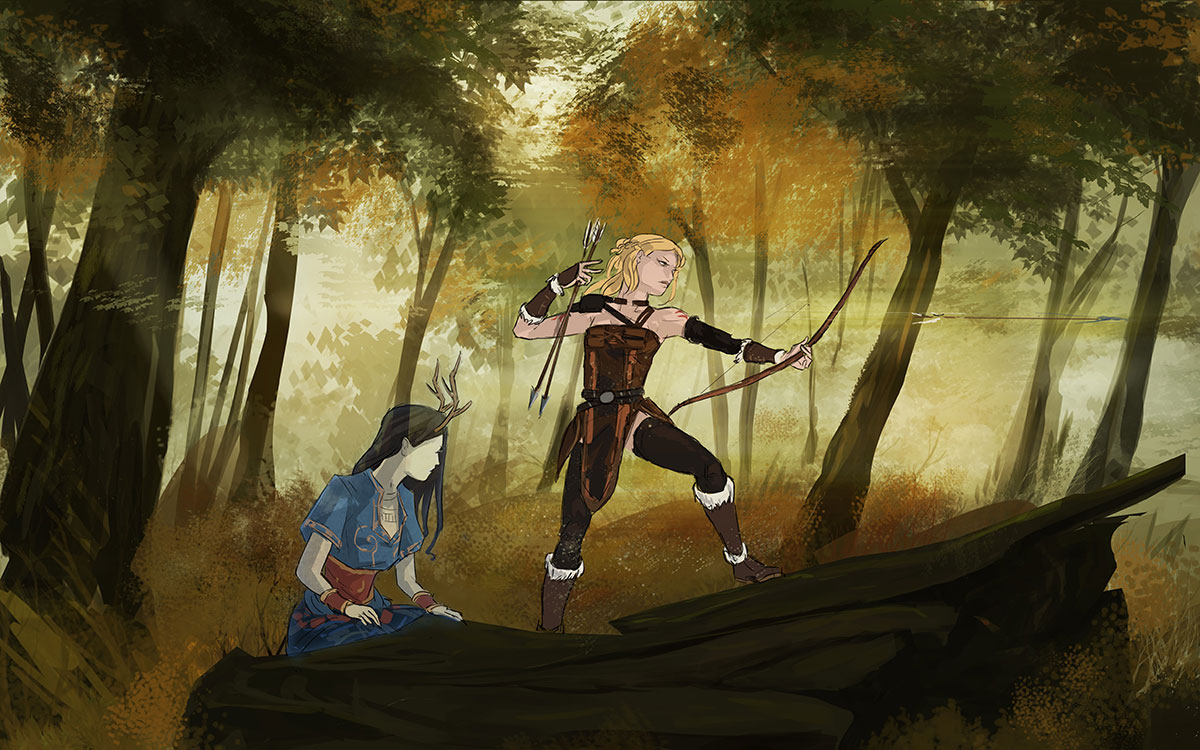 Thank you again for your support, and see you next month!

You'll get extra-fresh updates about our projects and our whereabouts once a month, nestled in the coziness of your own inbox (we'll never send spam, and you can unsubscribe anytime).

Geoffroy,
on behalf on the team.